Before, during, and after your pregnancy, it is very important that you make good food decisions.

It seems like it’s a no-brainer that natural is better for your health, which includes both body and mind. So, why is it that the mainstream media doesn’t see it that way?Is it a desire to keep the general public ill-informed?

Or, could it be that they just don’t care about us – their consumer? 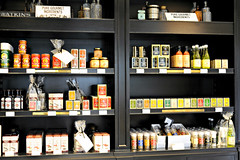 And, I also don’t believe that they don’t want us
informed. That’s their job – to inform us.

So, if neither of these is the reality, then why is it that the media can seem to be against natural health products?

1. The media loves “new” and “innovative,” and most
natural products ingredients have been around for ages so
they’re not considered newsworthy.

If you think about when the media gets the most attention,
it’s with breaking news or any sort of recently released
information that no one has heard before.

That’s why it makes sense that they wouldn’t make a big
deal over natural health products. Who is going to read
“Cherries Found to Be Good For Your Heart” over
“Earthquake Rocks Western Coast”?

In other words, even though natural health products are
extremely beneficial to health and wellness, they’re not
newsworthy enough to boost ratings.

That being said, there are some media sources that do give
healthy highlights, and they deserve their just dues. They
offer beneficial information for the person who truly
wants to live a natural, healthy lifestyle.

To them, my hat is off because they are willing to give us
the information we need regardless of whether or not it
kicks them to the top spot on the most-watched charts.

2. Society has a belief that chemically enhanced medicines
and supplements are the only ways to be healthy. Natural
products violate the normal mode of thought.

When you think of medical treatment, what do you think of?
Medicine that is prescribed, right?

Most people don’t automatically think about natural,
healthy substances when it comes to preventing or treating
conditions or diseases so, really, media shouldn’t be
expected to be any different.

We are taught that when you want to feel good, you must
rely on supplements and medicines that are put together by
chemists and biologists in just the right amounts.

We begin to mistrust the foods and substances that are
present in the world naturally – not because we should,
but because we’re taught to think that way.

That’s not to say that there aren’t a lot of great
products that have some unnatural substances, however,
because there are. For example, the drugs used in
chemotherapy aren’t natural at all, but they have
undoubtedly saved thousands of lives.

The point is that there are great natural products that
work to protect your health too.

But, the key behind most natural products is that they’re
proven more as preventatives than treatments. That’s big
because most people don’t think about their health until
they start to have problems.

By then, they may require chemically enhanced treatment to
see any results.

As much as we like to believe that the media is full of
impartial reporters of news and current happenings, that
isn’t exactly the case.

It has been suggested for ages that we only hear what
others want us to hear. And, if large companies that
manufacture unnatural products put more money on the
table, their news will come first. Media is still a
business.

This isn’t the pleasant, cheery way to look at the world
because it’s always nice to think the best of people and
organizations, but we’d be remiss if we ignored the fact
those politics play a part in what we hear in the news
reports.

Does that mean that the people behind the scenes are
trying to mislead us or not give us all the information?

No, not necessarily. But, let’s face it that sometimes
money talks. If there’s a lot of money on the table, some
people will overlook what should be said to raise their
bottom line.

Also, media reports are extensions of their owners’
beliefs. That means that if they don’t believe in natural
health products, they’re not going to make them a priority
for the rest of us.

It’s no different than any other business owner having the
control over what they share with the general public. It’s
just that they’re more in our face because we have greater
access to their information.

Again, this isn’t to say that media is bad. It serves a
very important purpose. However, you need to accept it for
what it is – often incomplete, sometimes biased, and open
to interpretation.

Natural Food Products in the News:

Fox News. 10 products you think are healthy but aren’t. Fox News. Choose one made with natural fibers they have enzymes to control bacteria mold and mildew growth and replace it every month. Rinse thoroughly and wring out all the water after each use and store the In a 2013 report by NSF International an.… read on…….

My point in telling you all this? Take the time to
research things so you expose yourself to all sorts of
opinions, thoughts, and findings.

Don’t rely on media to do it for you, especially when it
comes to health products.

I hope that this inspires you to take a closer look at
what you see and hear from mainstream media. The
information you want and need is there. You may just have
to search a little harder to find it.